Mechanics Plus Towing and Transport Inc. as it is now had become a corporation in 2004, but it's roots can be traced back to about 1990.  Owner and President Mark Feiertag started wrenching when he was in high school in a home garage with a customer base of relatives, friends and ex-girlfriends which kept life interesting!  He had a zest for wheelin', be it on 2, 3, 4 wheels or any other wheelin' for that matter.  The first company truck was number 1, a 1966 Ford 4X4 stepside which is still in Mark’s possession today.  This poor workhorse was disassembled in 1995 and is now awaiting some free time to begin yet another restoration.  The '66 is affectionately known as PureStock 1 or PS-1.   PureStock was a play on words that started when people would walk up to Mark’s heavily customized truck and ask “what’s in it?”

Along came PS-2, a 1976 Ford, which he built in 1991.  This was his first wrecker/plow truck, and yes, the truck is still on the road!  She's a little needy these days, and not the first choice of our plow drivers, but the girl still got it.  Once this truck was built, and plow contracts were purchased, off he went, freezing and popping U-joints, only to replace them in the dead of the night laying is tons of snow.  Remember the blizzard of '95?

Thanks to friends and family too numerous to mention, there was always someone to call to run parts for repairs or help plow.  Today, the plowing contracts have grown and if we aren't plowing, we are fixing all the plows that fell victim to the storm.  Isn't that what everyone does when it snows?

In 1991 Mark decided that he wanted to make a go of Mechanics Plus full time, so he quit his job driving for a local concrete plant, found the location at 4280 Chestnut Street in Emmaus, and dedicated all his time and energy building up what is today Mechanics Plus Towing and Transport Inc.

Setting his goals in motion, he wanted to tow and repair accident cars as well as haul equipment, sheds, handle customer repairs and vehicle inspections, steel fabrication and plow.  Basically, he likes to do it all. This brought the addition of more mechanics, tow truck drivers and office personnel.  Today, there are over 40 employees, 60 vehicles, 13 trailers, and 12 pieces of support equipment.  These numbers all change on a monthly basis as the needs grow.

In August 2001, Mechanics Plus opened a satellite towing office in Quakertown, PA to meet the growing demands of the towing industry.  In 2014, a third location was established in Bethlehem, PA.  The Emmaus location is the headquarters, and houses the administrative side of the business.  In 2004, Mechanics Plus was one of the first towing companies in the Lehigh Valley to use a 911 style dispatch system and one of the first to implement GPS equipment.  Today, that system has been upgraded to accommodate the growing fleet and now has been integrated with a new GPS technology that monitors not only the location of the vehicles in the fleet, but also monitors the vehicle itself for good running operation.  Utilizing a gyroscope and accelerometer technology, the fleet is also monitored for efficient driving practices which in turn helps the company to train our drivers in safe and efficient vehicle operation.

In about 2005, when the local district for PennDOT was tasked with designing and implementing the “Patrol Trucks” for the I-78, Route 309, and Route 33 corridor, they turned to one of the leaders in the region in the towing business…..Mechanics Plus.  Much of what is still done today on the Patrol System was originally formulated in a small conference room with the PennDOT District Chief and Mechanics Plus staffing, as well as representatives from other supplier organizations.

Though times have certainly changed from the early days, the love of wheels remains the same.

Our goal is to keep the wheels in motion, but maintain the small business mindset of knowing each employee personally; keeping a family environment instead of a large organization where everyone simply becomes a number.  We try to keep this goal with our customers as well.

The road to success isn’t always paved; sometimes you gotta go off road! 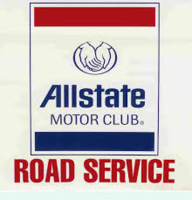 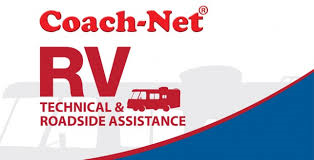 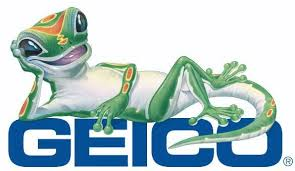